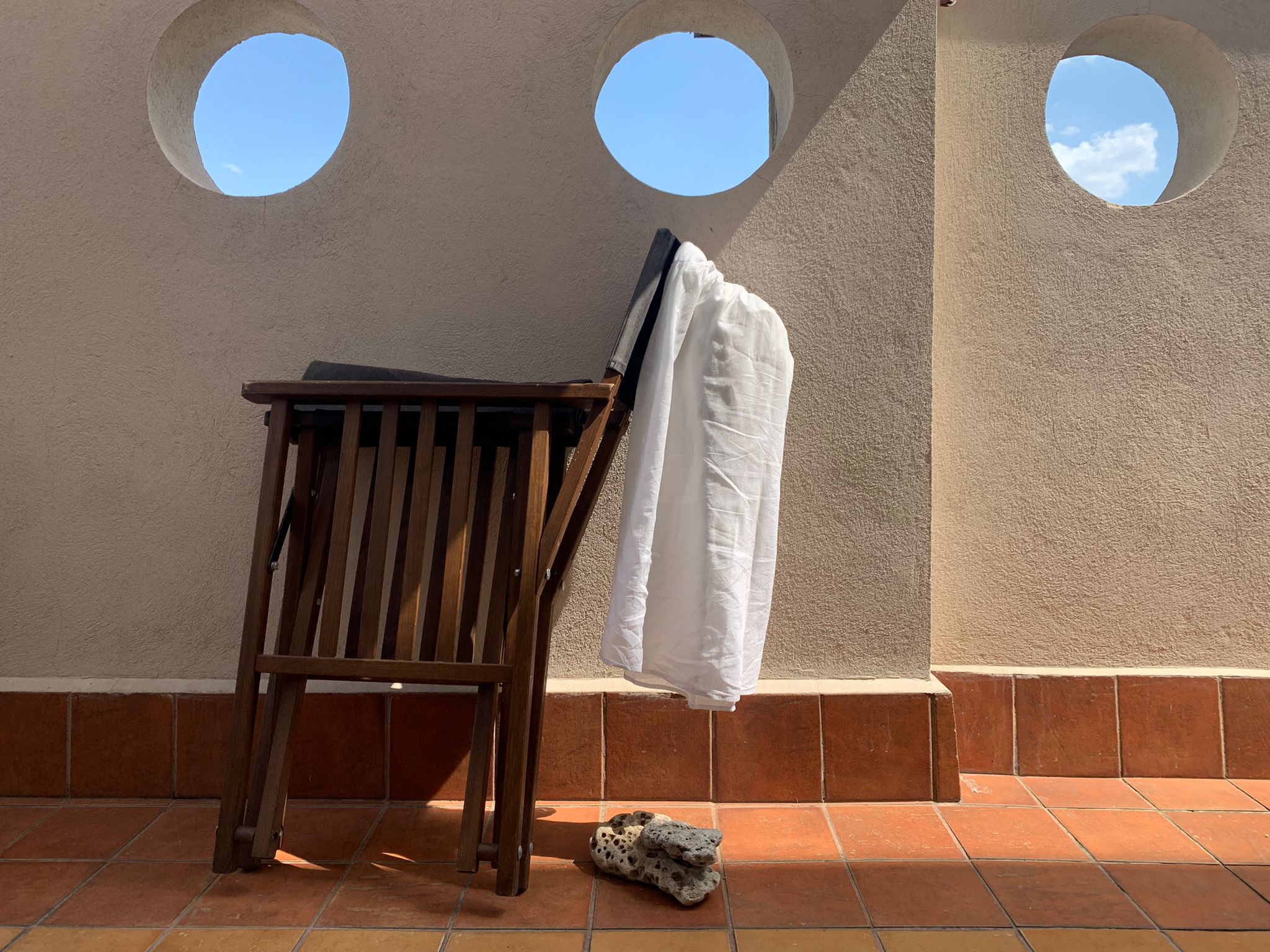 When summer gets mellow and the shadows grow longer, I feel the urge to go to the seaside. No matter what day it is and how much work still presses me. That seaside with long and empty beaches and well tended hotels that are almost always empty.
The sun so soft and the water warm and at nights it would get chilly sometimes.

This was my favourite time of the year! After a long and hot summer in the city, two weeks of bliss before school would start again – back in the heavy, cold and grey Bucharest of the 1980es, dominated by the smells of mineral oil and metallic sweat.
My grandparents would be there at the seaside too, and so would their friends – actually, most adults around me seemed to be architects back in the day.
A bunch of 30 people who knew one another, with a beach all to themselves.

For me, there was a lot to be done – digging in the sand and building the greatest castles with my grandfather – who would also dig trenches, if it got really windy. (After all, he had been an artillerist in WWII and seen Crimea from this angle, so he never left town without his loyal Linemann-shovel.) We`d swim and we`d jump from the wave-breaker, we`d snorkel and play mini golf in the evenings. The food was more like potato mash, meat balls and some non descript sauce, but it was ok. I don`t remember eating fish, though.

For the grown ups, it was lying in the sun, chat all day, smoke filterless fags and drink beer from green or brown bottles that all looked the same.
And sometimes there were waves! After the waves, the water would stay foamy for another few days. That`s when I got it: beer was a byproduct of the sea! Like oil, that came from the earth, beer would come from the sea. That`s why sometimes the sea would foam. Some surplus from down below. Something that Neptune would produce in the depths, every time he`d get angry – and somehow the refinery at Cap Midia would bottle the thing up and sell it on the beach in those half liter bottles.

The seaside was so pleasantly empty back then. When I went with friends, on my own for the first time, around 1995, I was taken aback by the crowded beaches. Never had I seen anything like that, towel after towel lining up to the horizon, people scurrying to get drinks at the terraces – all a very stressful chaos.
My friends laughed and told me it had always been this crowded. My mind was probably playing me a trick.

It took me a while to get it: all these people around me were actually architects working for the Carpați Design Institute. Especially at the furniture department. It was their job to check how the hotel interiors had survived the tourist season. So mum and the others would measure and record the findings and make proposals for adapting the fittings for next summer. It was a practical 2 week work-vacation that they would get from the institute. That also explained why my mother would spend many evenings moving furniture around and endlessly “improving” the room`s layout.
Like so many things from the 80es, it was a trick and we were the lab rats. Leisure was a pleasant byproduct, as long as the production would be kept up.

This text is part of the WhiteShirtProject: Like a snake sheds its skin, I shed a series of white shirts while writing down memories – to be found in this link.